Prey… In Cold Blood Is A Slick, Solid Indie Thriller That Will Leave You Breathless

It's a hell of a weekend.

A weekend with family and friends in a remote mountain cabin. Some silence. Some booze. And a little bit of sex. What could possibly go wrong with that? Well, unless you find some million dollar worth of stuff hidden around your cabin, plus some psychotic guy with a gun and a pair of crazy old hunters chasing you down, I don’t really think it’s gonna be any problem.
That’s exactly what this glossy, slick low-budget indie thriller from director Alexander T. Hwang is all about.  At first, the film looks like an average backwoods thriller. Yet after watching the film in it’s entirety, I must say that it stands out from the rest of other low-budget indie thrillers I’ve seen with it’s deft direction, clever screenplay, natural acting and skillful presentation.
The film starts out with a very brutal murder which I’m not really going to discuss a lot in here to avoid any spoilers. The story then shifts to a couple who are about to go on a weekend getaway in an old family cabin in the mountains, bring with them their best friend and the girl’s brother. The story actually slows down a bit at this part as it focuses on building up the characters. It takes time in establishing the problems of these characters, from a couple falling out of love to family debts, up to being bullied around because of a character’s too much dependency on his sister. 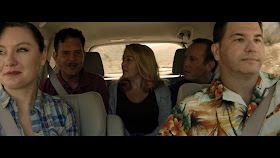 The slow pacing in this part of the story doesn’t really hurt the film as it gives time for viewers to get to know each character’s background, feel bad about them and root for them. It evokes a slow-burn vibe on the film which shares some similarities to the pacing of Karyn Kusama’s The Invitation (2015). Both films build up the tension slowly, but once the film hits it’s climax, the tension rises to a high point, plunging the viewers into a thrilling roller-coaster ride. Once this happens, you actually fear for the lives of (some of) the characters. You wanted them to survive, get out alive and have a happy ending. But then, the story takes them further into darker places and as we can expect from the start of the film, not all of them will make it to the end. Personally, I really felt bad when one of the characters I liked in the story got killed. I didn’t expected that to happen and it was just so sad to watch. This further proves the film is successful in creating realistic characters that the viewer will care about, thanks to the script that Alex Hwang co-wrote with Anthony Werley. 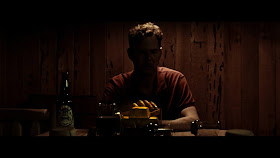 This is the first time I’ve seen a film from director/ writer Alex Hwang and I must say that he really did a pretty good job with the film. This film can well be considered an action-horror flick as there are a lot of running and chasing involved, usually along the high cliffs of the picturesque mountain backdrop. The kills are grizzly and brutal, sometimes turning up really shocking especially if it’s totally unexpected. The third act especially is full of adrenaline pumping thrills and suspense. The cinematography which features the beautiful mountain views in contrast to the bloody killings in the film is so gorgeous and glossy to look at. Another aspect of the film that I really like to commend is the amazing cast which were all great in their roles. I think this is because the movie features grown-ups and not just some sexy or gorgeous looking teens/ young adults. These guys are really serious about their craft and it really shows in their acting. Two of my favorite performances from this film were from Darri Kristin, who plays one of the leads. She's actually great and compelling, and really carried out the role so well. The second one was from actor Michael J. Keeney. I don't want to give out a lot of details to spoil it but he's really awesome and scary to watch.
The only thing flaw that I spotted while watching the film was the computer generated effects during the climax of the film. The CGI backdrop of one of the characters (which I’m not gonna spoil for your enjoyment of the film) was really easy to spot as it definitely looked fake. Yet since it was only shown for like seconds, it doesn’t really affect my enjoyment of the film. And with the film having a very limited budget, I think I could let this tiny flaw slip. I think the only thing this movie needs is some catchy poster because the current it has is a bit crowded to look at. 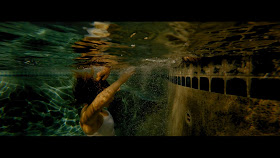 Story wise, it may not be groundbreaking nor first of it's kind, yet this beautifully done, well timed, slick indie thriller is sure to keep you at the edge of your seat once it hits it's highest point. It's exciting. Shocking. Brutal. And bloody entertaining. You are sure in for a one hell of a ride.
So if you get the chance to see this film, I highly suggest that you grab the opportunity. Lucky for you because it's officially selected to be part of the 2016 International Action on Film Festival in Monrovia, CA which will take place in September 2016 where it will have it's first public screening. If you are planning to check some indie films there, make sure it's on the top of your list. Satisfaction guaranteed.

Rating: ✰✰✰✰✰ out of 5 stars